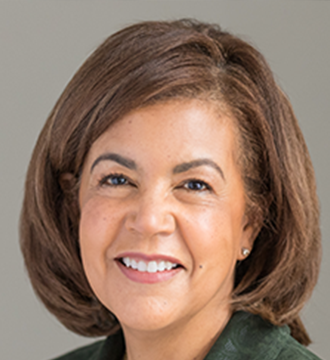 Ms. Caldwell has been a member of the Oaktree Specialty Lending Corporation Board since December 2021. Ms. Caldwell is founder and has served since 2012 as the managing member of Wroxton Civic Ventures, which provides advisory services on various financial, housing and economic development matters. Previously, Ms. Caldwell was Chief Homeownership Preservation Officer at the U.S. Department of the Treasury, responsible for oversight of the U.S. housing market stabilization, economic recovery and foreclosure prevention initiatives established through the Troubled Asset Relief Program. In addition, Ms. Caldwell held various leadership roles during 11 years at Bank of America, including serving as President of Community Development Banking. Ms. Caldwell has served as Chair of the board of directors of Ocwen Financial Corporation since March 2016 and has served as a director of the company since January 2015. In June 2021, Ms. Caldwell became a member of the board of directors of OneMain Holdings, Inc., the country’s largest nonprime installment lender. In March 2021, Ms. Caldwell was appointed as a member of the board of trustees of JBG SMITH Properties, an owner and developer of mixed-use properties in the Washington, D.C. market. From December 2020 to July 2021, Ms. Caldwell served as a member of the board of directors of Revolution Acceleration Acquisition Corp., a special purpose acquisition company, and from January 2014 through September 2018, she served as an independent director of American Capital Senior Floating, Ltd., a business development company. Ms. Caldwell also serves or has served on the boards of other public and private businesses and numerous non-profit organizations engaged in housing and community development finance. Ms. Caldwell received her Master of Business Administration from the Robert H. Smith School of Business at the University of Maryland, College Park and holds a Bachelor of Arts in Sociology, also from the University of Maryland.