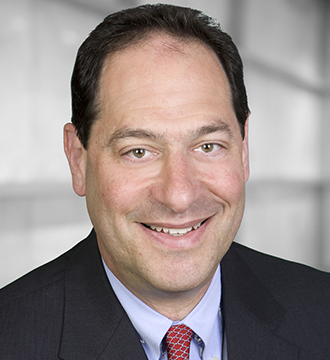 Mr. Frank has been a member of the Oaktree Specialty Lending Corporation Board since October 2017. Mr. Frank has been Oaktree’s Vice Chairman since 2014 and has served on the board of directors of Oaktree Capital Group, LLC since 2007. Prior to holding this position, Mr. Frank served as Oaktree’s Managing Principal from 2006 to 2014 and served as Oaktree’s General Counsel from 2001 to 2006. As Managing Principal of Oaktree, Mr. Frank was the firm’s principal executive officer and was responsible for all aspects of the firm’s management. Prior to joining Oaktree, Mr. Frank was a partner of the law firm Munger, Tolles & Olson, LLP where he managed a number of notable merger and acquisition transactions. While at the firm, he served as primary outside counsel to public- and privately-held corporations and as special counsel to various board of directors and special board committees. Prior to joining Munger, Tolles & Olson, LLP, Mr. Frank served as a law clerk to the Honorable Frank M. Coffin of the United States Court of Appeals for the First Circuit. Mr. Frank is a member of the Board of Directors of Chevron Corporation and a Trustee of Wesleyan University, The James Irvine Foundation, Good Samaritan Hospital of Los Angeles, and the XPRIZE Foundation. Mr. Frank received a J.D. Magna Cum Laude from the University of Michigan Law School and holds a B.A. with honors from Wesleyan University.